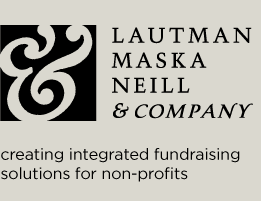 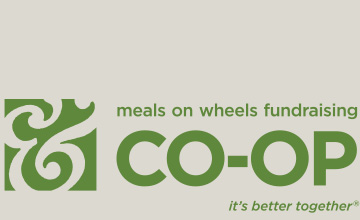 We harness the power of mail, online, and other direct response channels to help non-profits raise more money and fulfill their missions.

Offering strategic fundraising services for senior nutrition programs from around the country that join together to conduct their fundraising as a group. 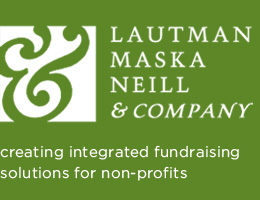 State of the (Fundraising) Union 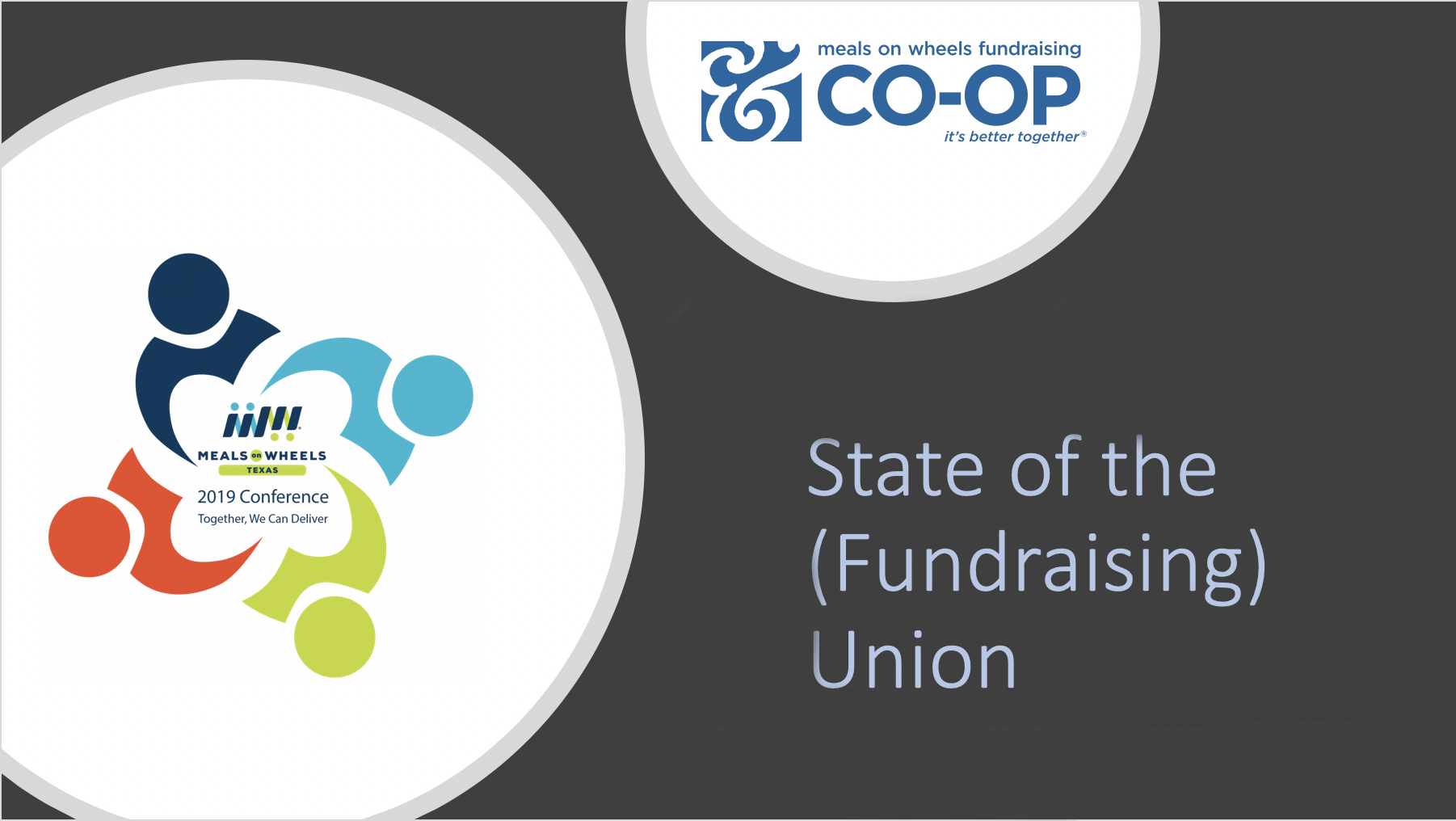 We are just now getting enough distance from 2018 to start analyzing overall giving trends in what turned out to be, shall we say, an interesting year for nonprofit fundraising. Lisa Maska and I were pleased to present a summary these findings from some of the industry’s best reporting institutions such as Blackbaud and Giving USA in our “State of the (Fundraising) Union: Texas Edition” session at the 2019 Meals on Wheels Texas conference in Austin. We presented 2018 charitable giving trends, took a close look at the 4th Quarter and year-end, and included big picture takeaways for fundraisers.

Following are some of the overall trends and highlights from our presentation that we hope you find interesting.

2018 “Big Picture”
It may come as a surprise (or not), but 2018 charitable giving in the USA increased by 1.5%. The breakdown by organization size is as follows:

And where Meals on Wheels groups are concerned, last year giving to the human services sector grew by 1.3%. (SOURCE: Blackbaud 2018 Charitable Giving Report).

2018 Q4…Not a Pretty Picture
The fourth quarter of 2018 told a pretty grim story for many charities. During that period:

So, if you did not acquire as many new donors or raise as much at year-end as you typically do, you were in good company.

But it’s important to keep things in perspective! What the data shows us over time is that spikes in giving due to economic, political and national/international events eventually return to normal levels. Taking into account just the past 3 years (since 2016 in the USA), overall giving has grown by 9% and online giving has increased by 17% (SOURCE: Blackbaud 2018 Charitable Giving Report). It’s going to be okay, folks!

Picture This: 2018 Online Giving, #Giving Tuesday and Mobile Optimization
Online giving continues to increase each year, and 2018 was no exception:

• 8.5% of all charitable gifts (excluding grants) were donated online—a steady rise from 7% in 2012.
• In the human services sector, online charitable giving grew by 1.2% and represents 7.2% of all donations donated in 2018 to that sector. (SOURCE: Blackbaud 2018 Charitable Giving Report).

And although online giving is on the rise, it still represents less than 10% of all donations from individuals. As a point of comparison, the U.S. Department of Commerce estimates that e-commerce sales in the third quarter of 2018 accounted for 9.8% of total sales. Donor behavior tends to align with consumer behavior when it comes to digital fundraising and engagement.

In 2018, 24% of digital donations were made on mobile devices—up from 9% in 2014 (SOURCE: Blackbaud 2018 Charitable Giving Report). Today, being mobile friendly equals being donor friendly—it’s no longer optional, folks! A lack of mobile friendly websites, donation forms, and emails will put an organization at a distinct disadvantage.

Fundraiser Takeaways:
In 2018, on average, donors continued to support their favorite charities at a similar level as they do in a “regular” year, as in 2016, but not as enthusiastically as in a “spike” year which is how we now think of 2017.

What that underscores is what we already know. Organizations that commit to acquisition and prioritize stewardship and retention continue to find the greatest success. As has always been the case, a focus on the fundamentals of relationship building is the key to a strong fundraising program. The networked world has placed donors squarely in the role of navigators of their own philanthropic course. By taking the time to learn about their motivations for giving and their unique charitable perspectives, fundraisers can steward long-term relationships to inspire donors to maintain their valuable support for years to come.

If you missed our presentation or would like to view it again. It is available here.

Our Take on Fundraising in an Election Year

Communication Is Key to Donor Retention, So Keep the Conversation Going

This Summer, Temperatures Aren’t the Only Thing Rising

An Important “Message” about March for Meals

Is It Time to Invest?

Four Things to Do If You Have Four Minutes to Spare

Are You Ignoring Your Mid-Level Donors?